The main block of University Hospital Galway has escaped much of the ad hoc development, which has affected many Irish hospitals. The powerful presence of the original complex seemed to demand that any extension should work within the architectural vocabulary previously established in order to preserve the expressive clarity.

The extensions follow the pattern set by the existing building quite closely: they adopt the same rendered wall surfaces and have a matching, projecting cornice. The design of the new elevations adopts the ordering device of the original building, such as the ribbon windows with a flexible fenestration pattern, to resolve the multiplicity of uses, which had to be contained within the new blocks. The windows are distinguished from their predecessors by being treated as continuous ribbons without intermediate concrete piers. However, as the extensions are the first asymmetrical element in an erstwhile symmetrical composition, the windows are placed off-centre in each façade to induce a sense of rotation into the pin wheel plan of the complex for the first time. As in the rest of the building, the new stairs is expressed as a deep, vertical slot.

The design of the extension adopts the robust and direct approach to detailing of the original.  The render used is a self-finished system, specially mixed to match the existing after careful chemical analysis of the original coat.  It is detailed with very precise joints to give a crisp appearance. The flat details and colours of the windows derive from the fact that replacement of the existing steel windows in the rest of the hospital on this pattern was well advanced when the project started.  A consistent palette of colours has been followed from exterior to interior, which allows variations in colour while emphasising warm tones, which respond well to sunlight.

The new extensions provide additional Operating Theatres, a Sterile Services Department, Radiology, Endoscopy and EEG facilities, a new Accident and Emergency Department, new Wards and Staff Changing. The works were carried out on a phased basis, whilst maintaining the Hospital fully operational. 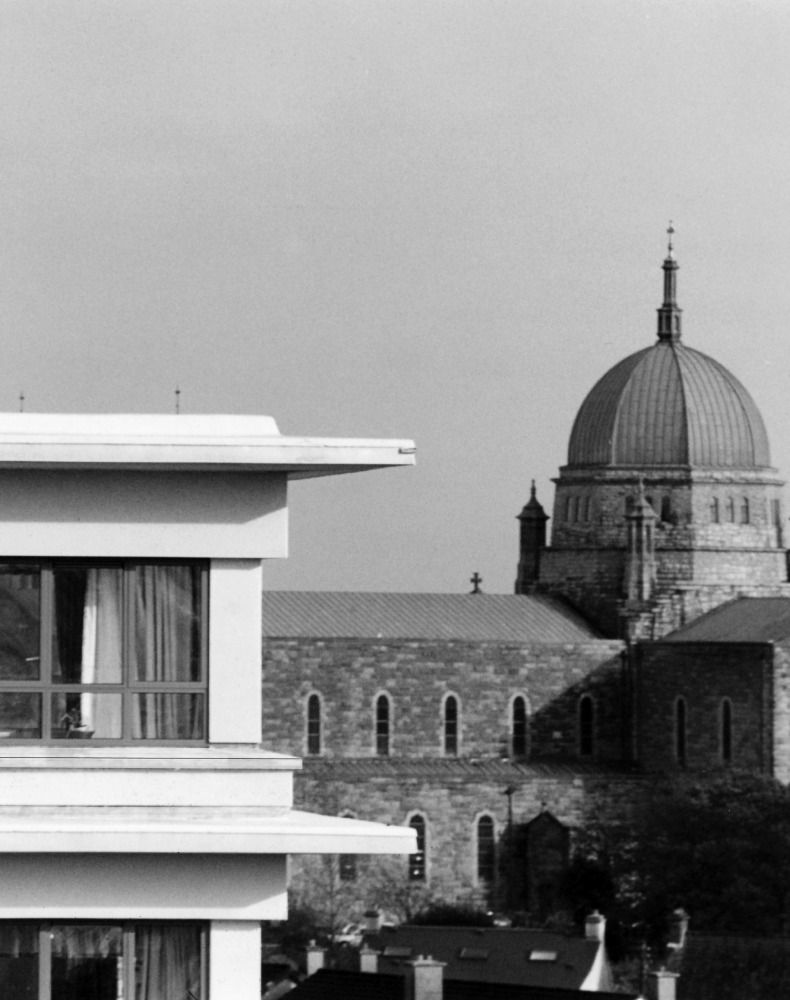 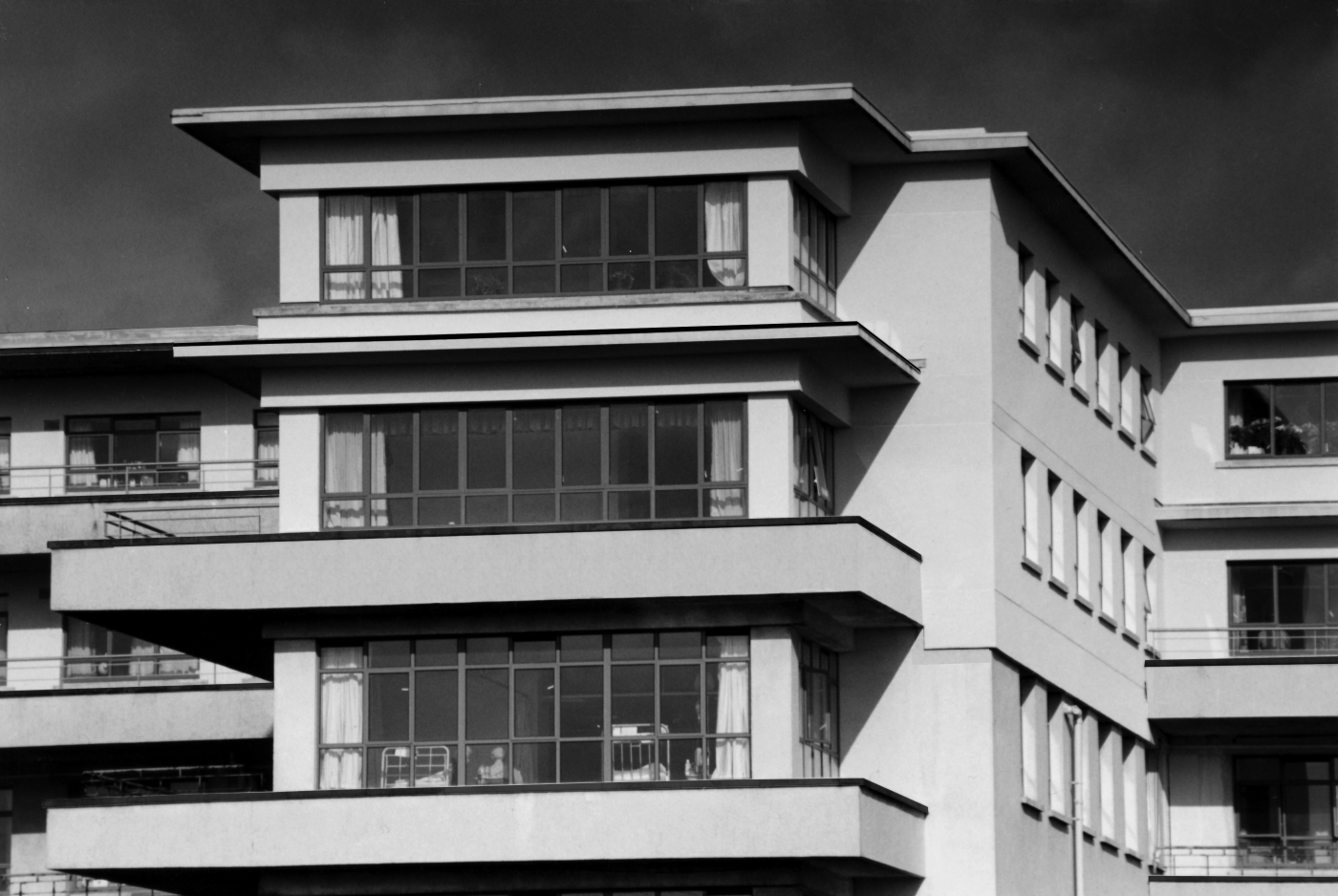