Housing for the Elderly, Inchicore

The site is located at the entrance to St Michael’s Estate from Bulfin Road and stands between an existing church and a complex of school buildings. It is bounded on its northern and western sides by a rendered masonry wall while most of its southern edge is formed by the walls of neighbouring buildings. To the east, the rear garden walls of houses facing Connolly Avenue and the gable of a remnant of the barracks which formerly occupied the site complete the enclosure. The land is relatively flat and contains a number of semi-mature and mature trees close to its northern and southern edges respectively.

The existing boundary wall on the northern and western sides of the site was replaced by a pair of perimeter blocks, each two-storeys high. Communal facilties are located at the angle between these blocks where the road to the estate bends to the south. These facilities face the existing church and other community uses to the north and west. A spur road enters the site from the north and, travelling eastwards on the axis of the gable of a remnant of the barracks which formerly occupied the site, acts as the main circulation spine of the project. A paved area directly to the south of the communal facilities contains seating and a semi-mature tree to complete the western end of this axis. Footpaths serve a series of single-storey blocks located on the southern side of the road which is enclosed by the perimeter blocks to the north and west and the other boundaries. Existing trees have been retained and supplemented by extensive soft landscaping. Eight car parking spaces, all suitable for use by disabled drivers, are provided on the northern side of the spur road.

In the perimeter blocks, two units per floor are grouped around shared entrances and staircases. All but four of the living rooms in these blocks face south. The single-storey blocks contain a mixture of wide frontage back-to-back units and narrow frontage dual aspect units, all orientated to the east and west. Many of the former type also have windows facing south. All bathrooms have either windows or rooflights.

A total of 51 units are provided, all of which were designed to comply with the ‘Social Housing Guidelines: Design Guidelines’ published by the Department of the Environment and Local Government in 1999. Space standards have been modified where necessary to meet the requirements for lifetime accessibility.

Communal facilities include a community room with kitchen and store, a laundry, treatment room, warden’s office and disabled persons toilets. Patio doors, shaded by a pergola, give access to the paved area to the south.

External walls are clad in brick and roofs are covered in concrete tiles to accord with the palette of materials common in the area and ease the cost of long term maintenance of the project in a sustainable manner. Windows and doors will are timber framed and double glazed. 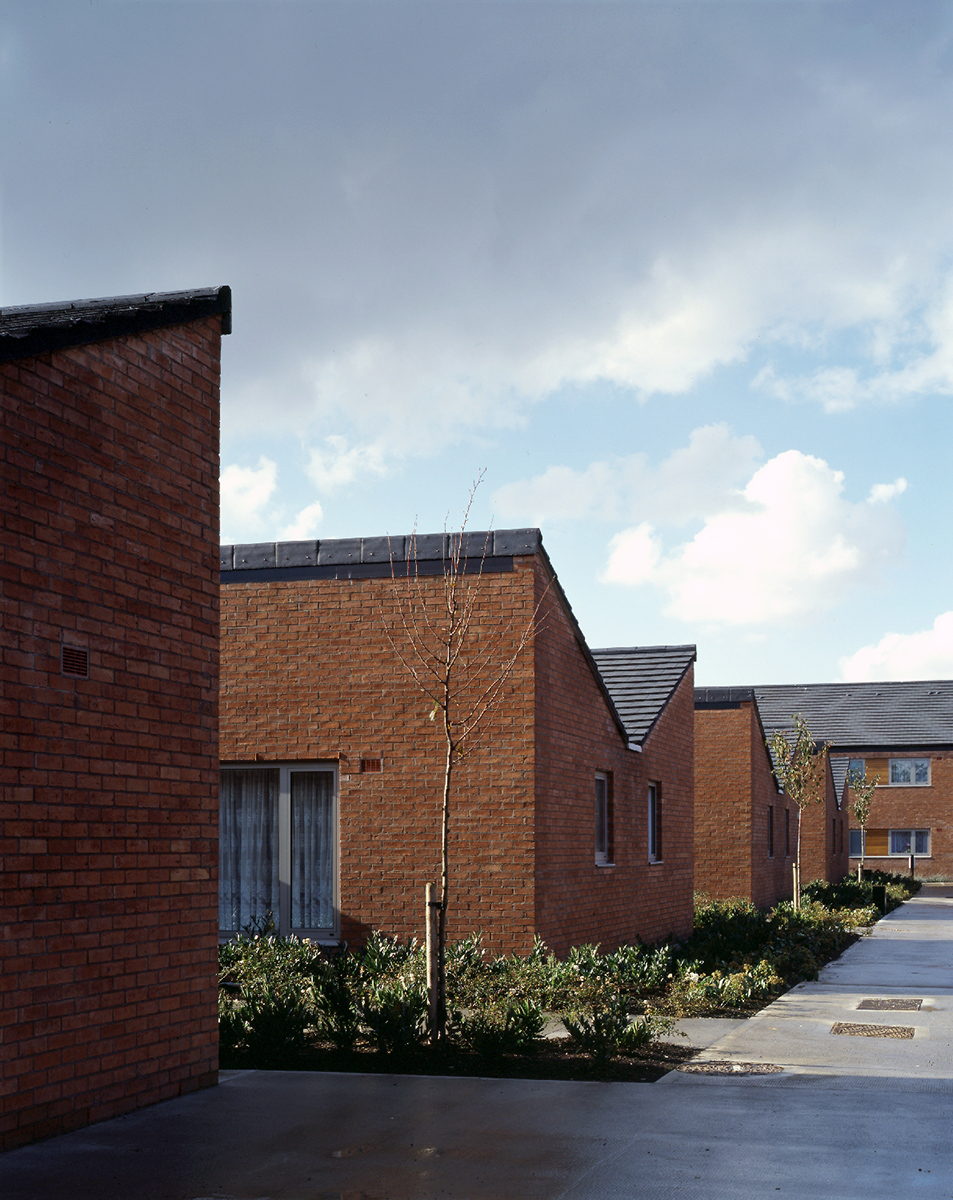 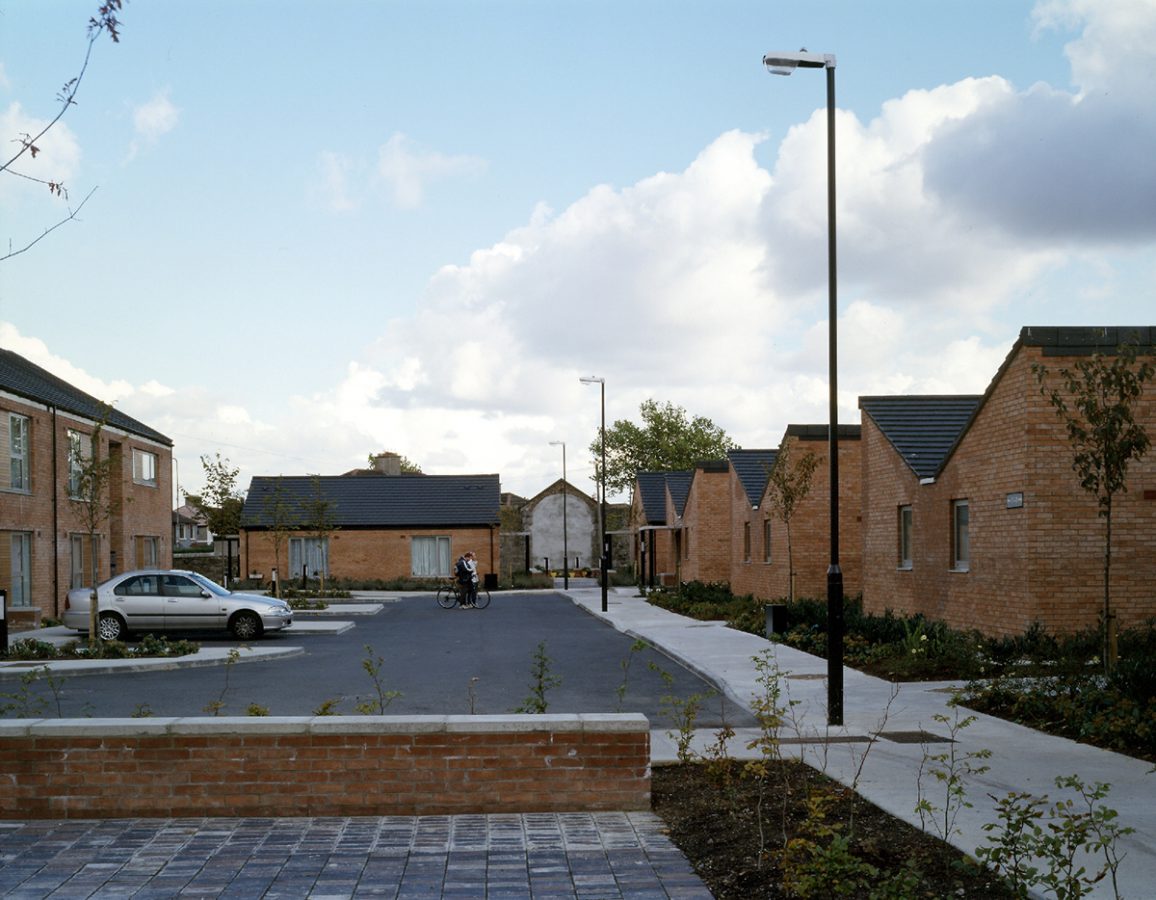 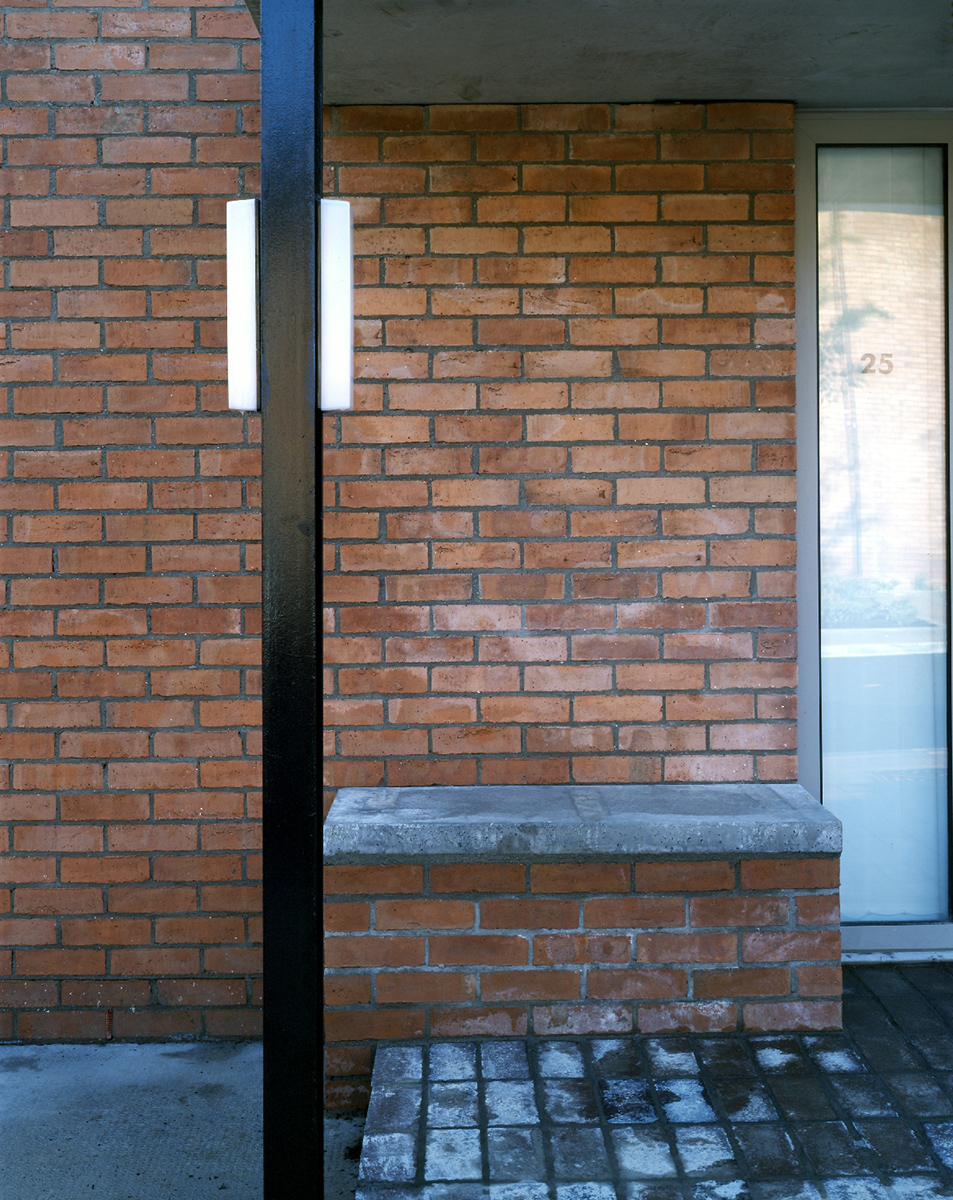 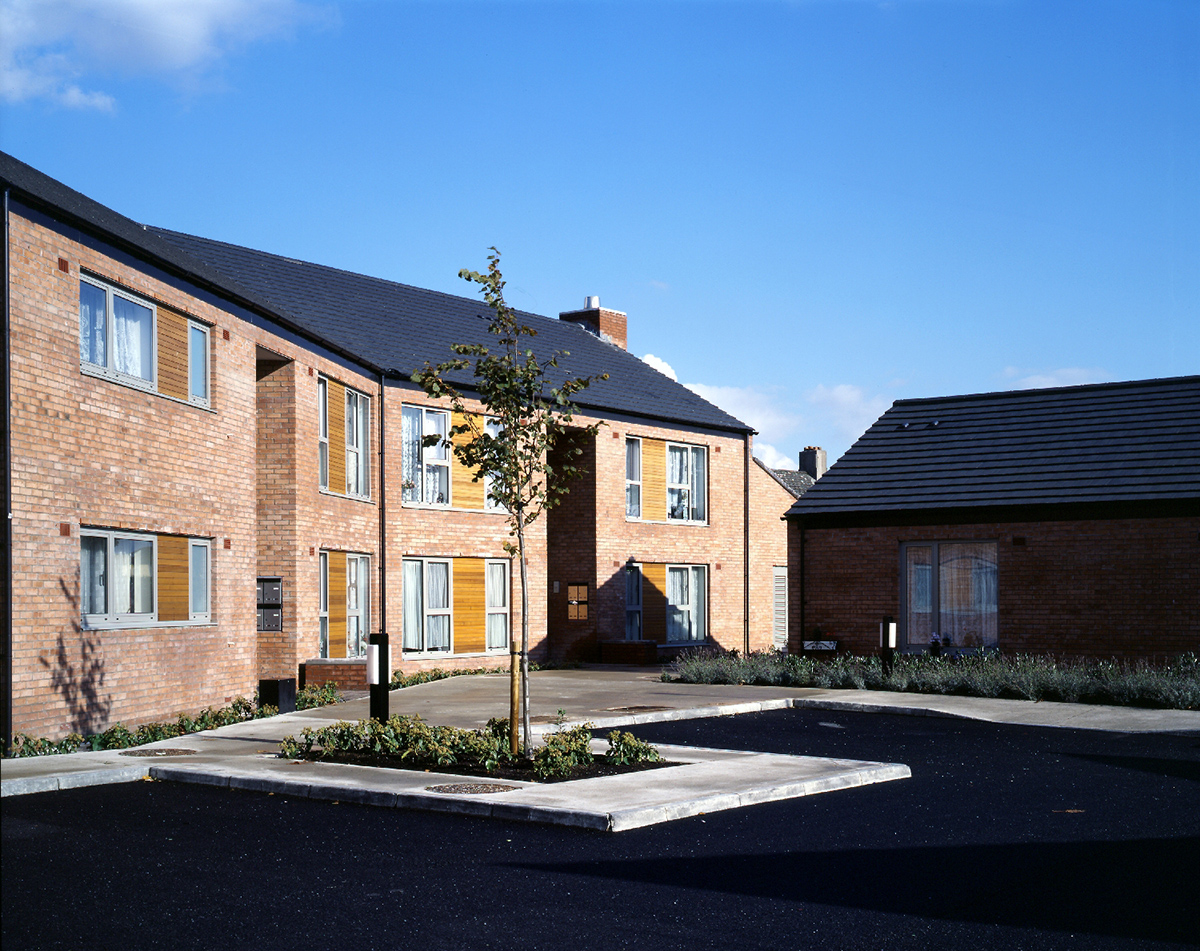 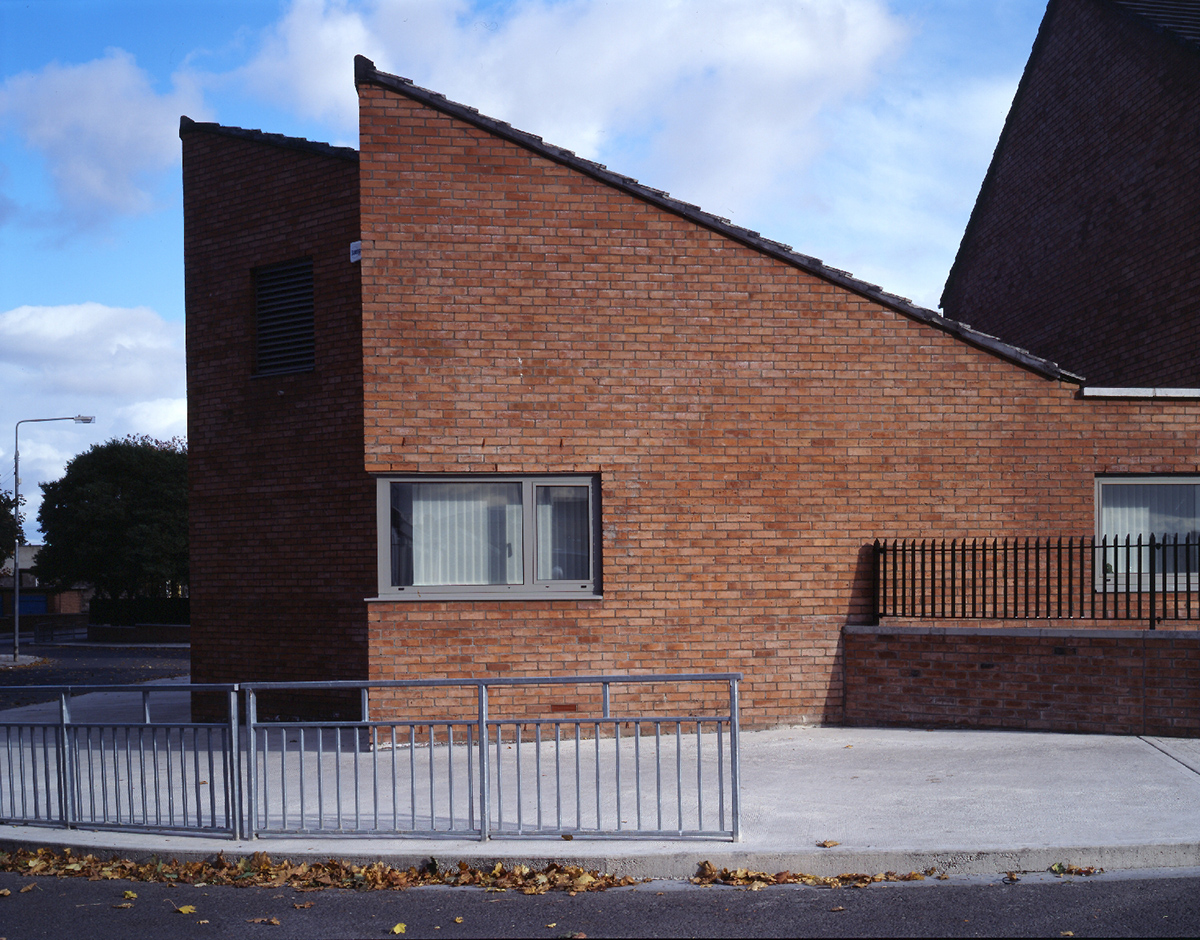 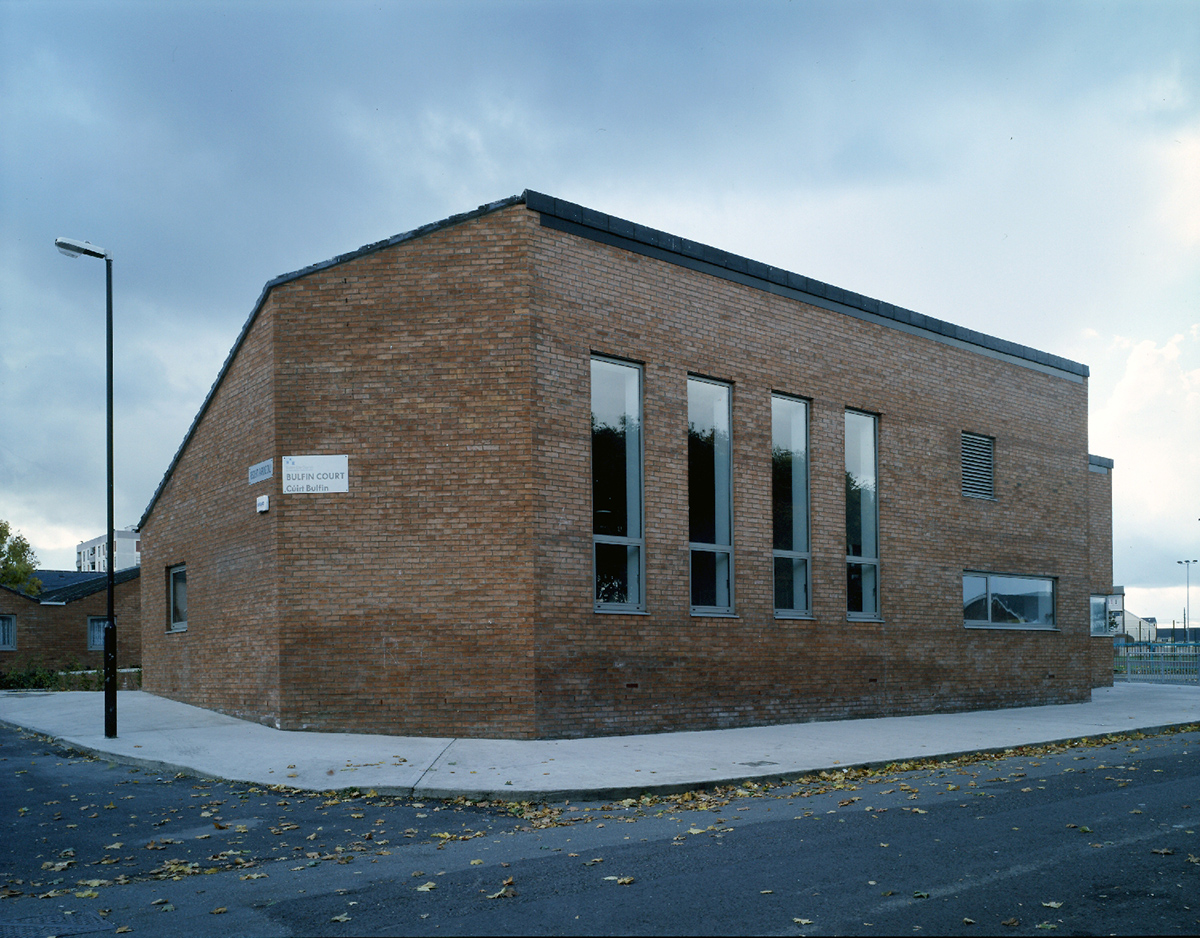 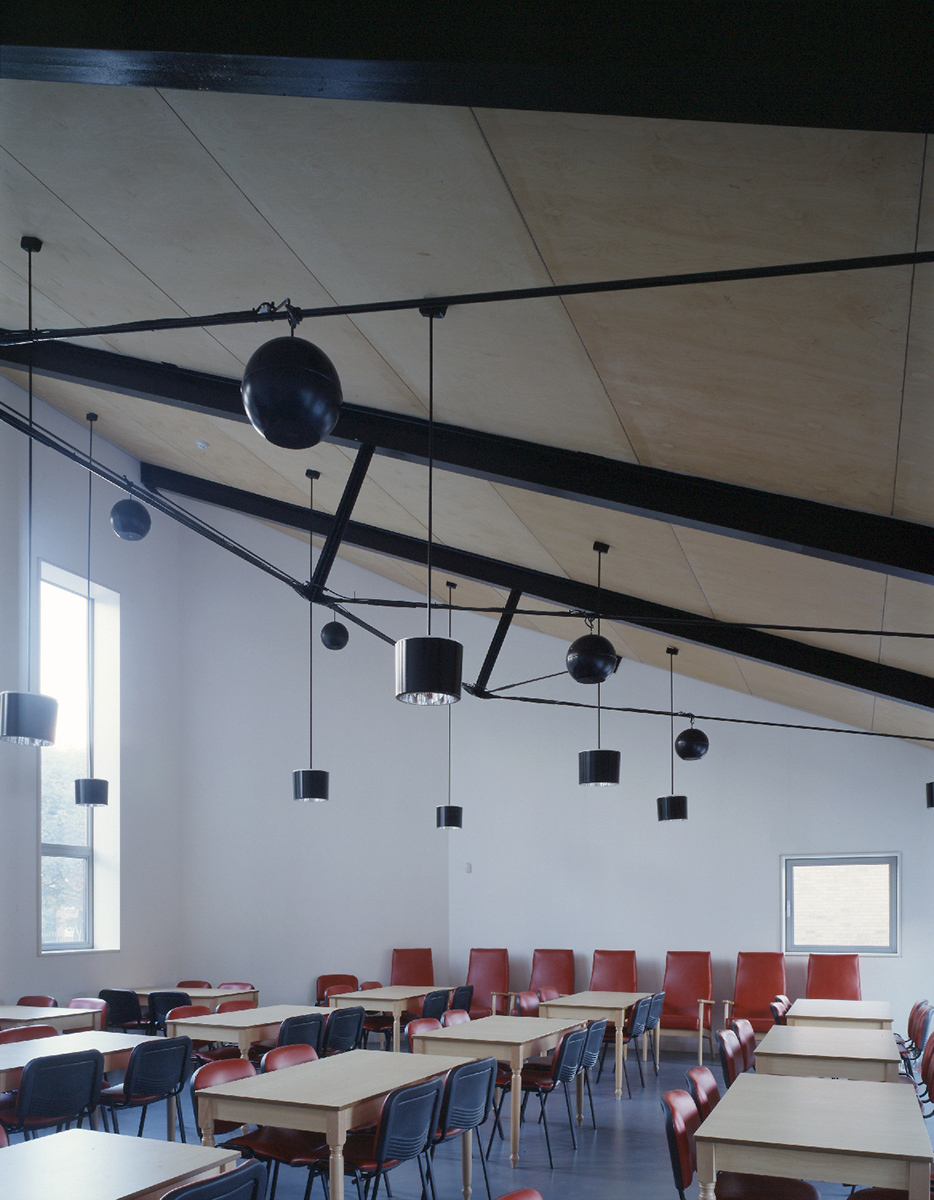