The Town Hall is a familiar landmark and an established symbol of local government in Dún Laoghaire. This proposal for the new civic offices seeks to maintain the status of the existing building by creating a deferential relationship between new and old. On Crofton Road, the free-standing form of the town hall has been preserved by inserting a deep entrance courtyard between it and the new annex; from Marine Road, the new building is virtually invisible. The civic space has been conceived as an internal volume by contrast with the external mass of the town hall. The new offices have been arranged as a series of parallel wings, interposed with gardens, in sympathy with the grain of the town. To the north, the faces of these wings are built of masonry, while, to the south, they are predominantly glazed where they overlook the gardens. The elevation to Crofton Road is built of granite and adopts a horizontal emphasis derived from the existing building. The windows of the first three floors are inflected towards it. The top floor is treated as an ‘inhabited frieze’ at the same level as its cornice. A plinth on the new building aligns with the one on the old and sets a datum for the new entrance to the town hall complex, which corresponds with the existing upper ground floor. A metal and glass screen running along the east side of the entrance courtyard separates new from old, provides light to the rooms at the back of the existing building while partially screening its elevation, and defines the route into the civic space at the centre of the new complex. 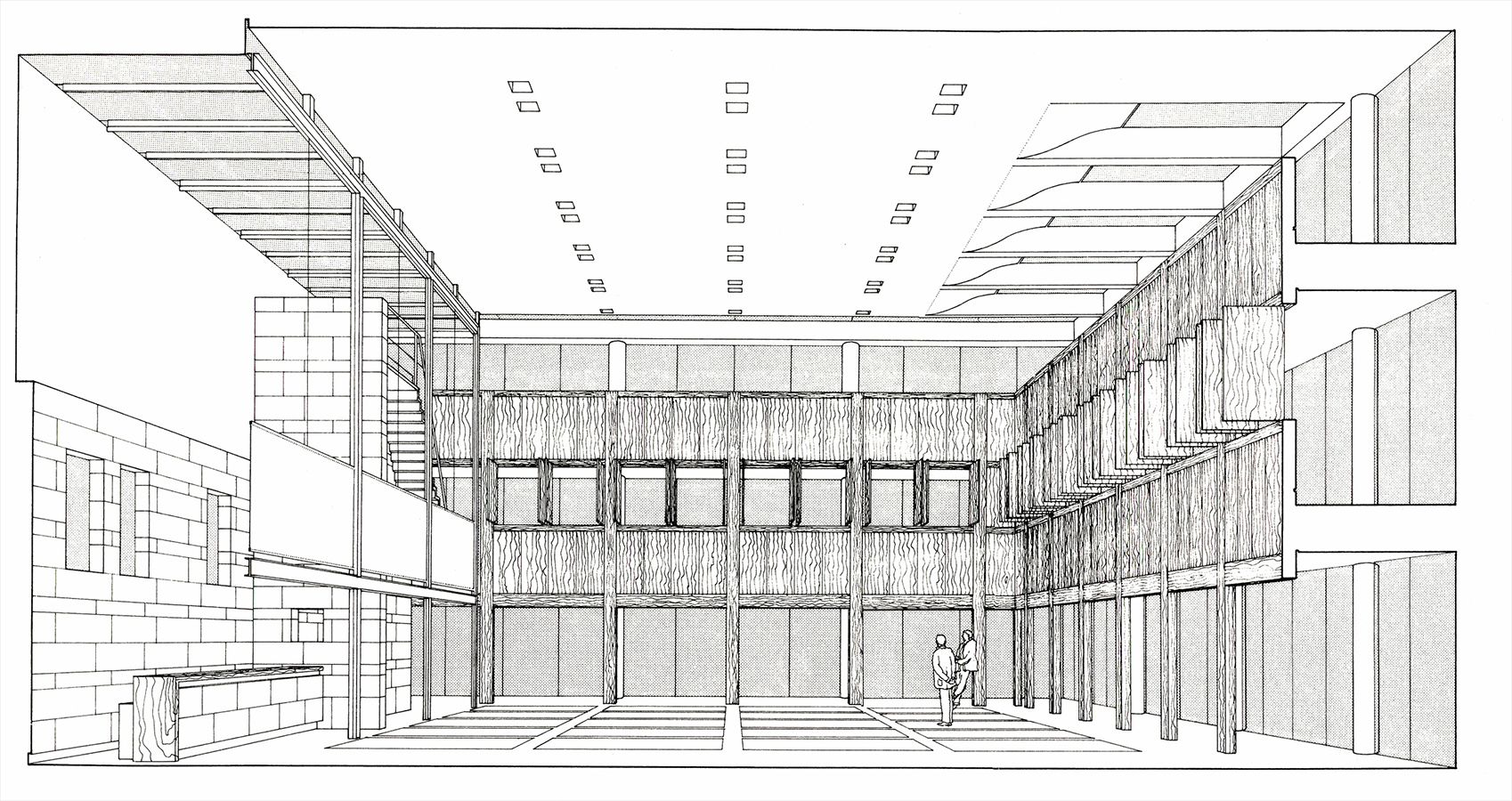 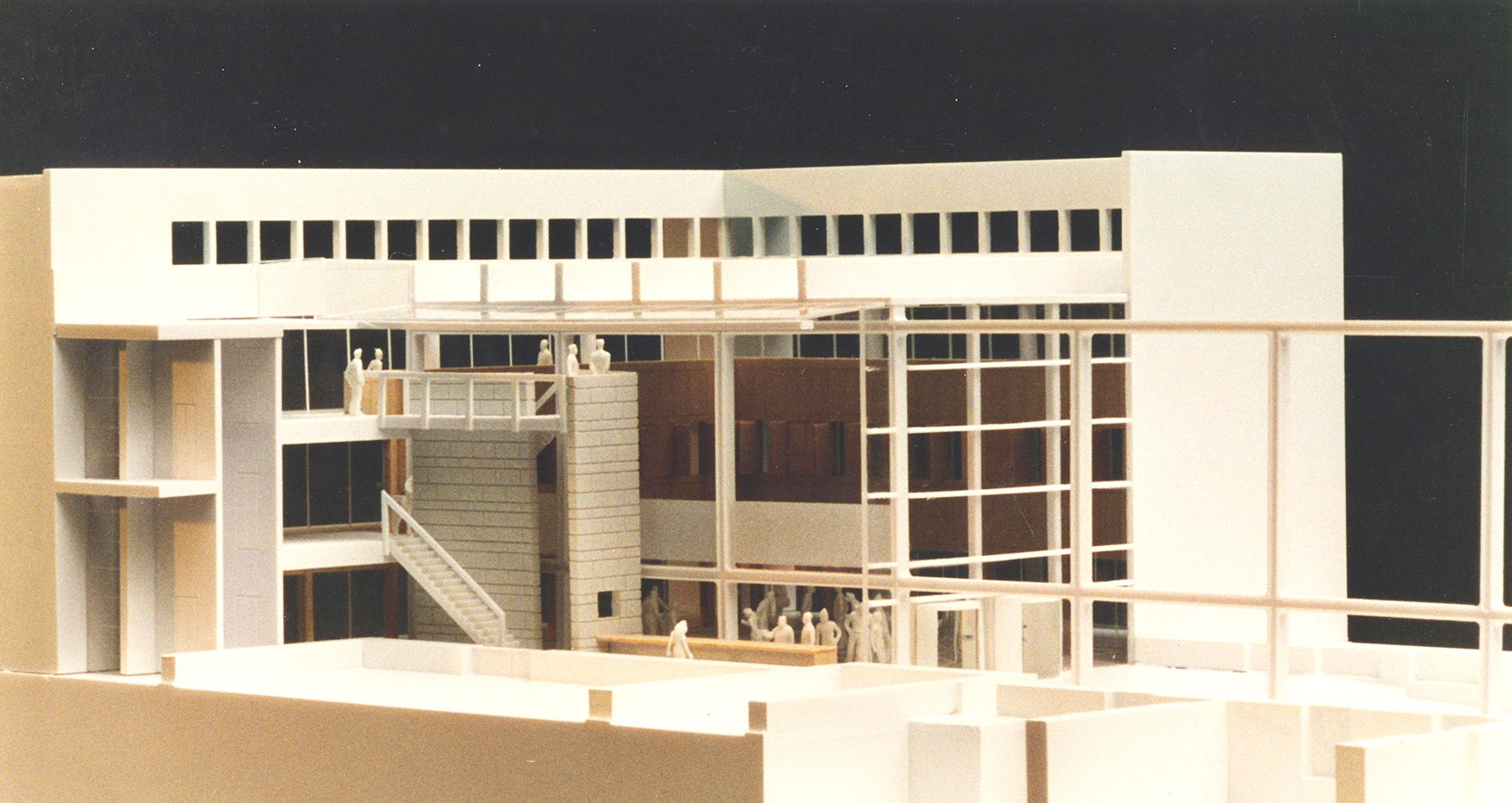