At ground level, the elevation to Drury Street has been re-clad in stone into which a new pedestrian entrance and shop fronts have been integrated. Above ground, the elevations to Drury Street and Lower Stephen Street have been united by continuous bands of vertically emphasised perforated metal panels that allow light and air to penetrate the parking decks while partially shielding them from view. These panels are illuminated after dark. A light shelf at the top of the building frames this effect. An unfinished gable to Lower Stephen Street has been clad in brickwork. New signage has been integrated with the new facades. 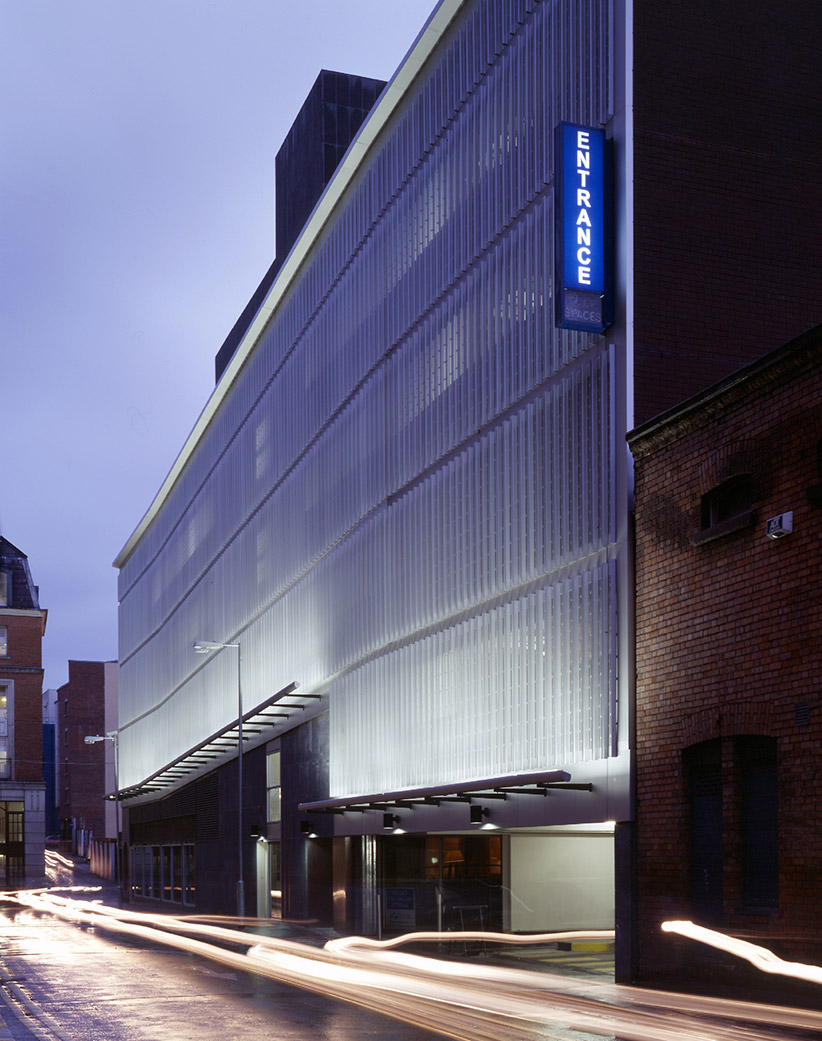 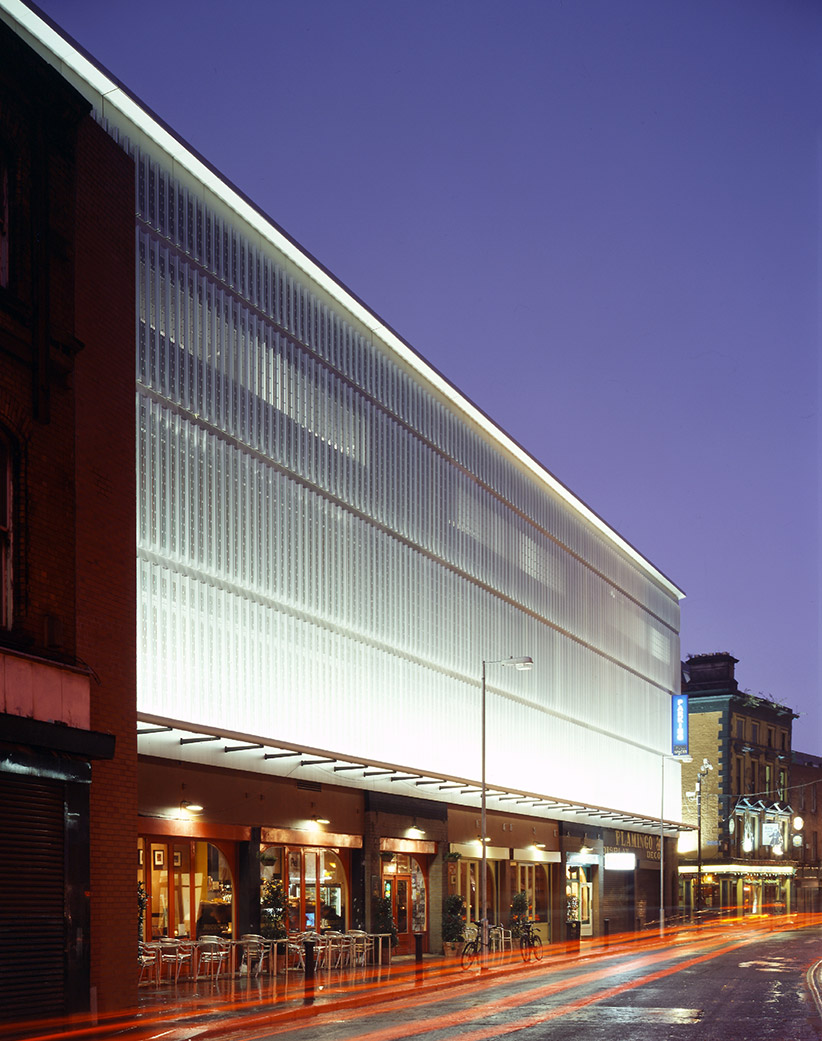 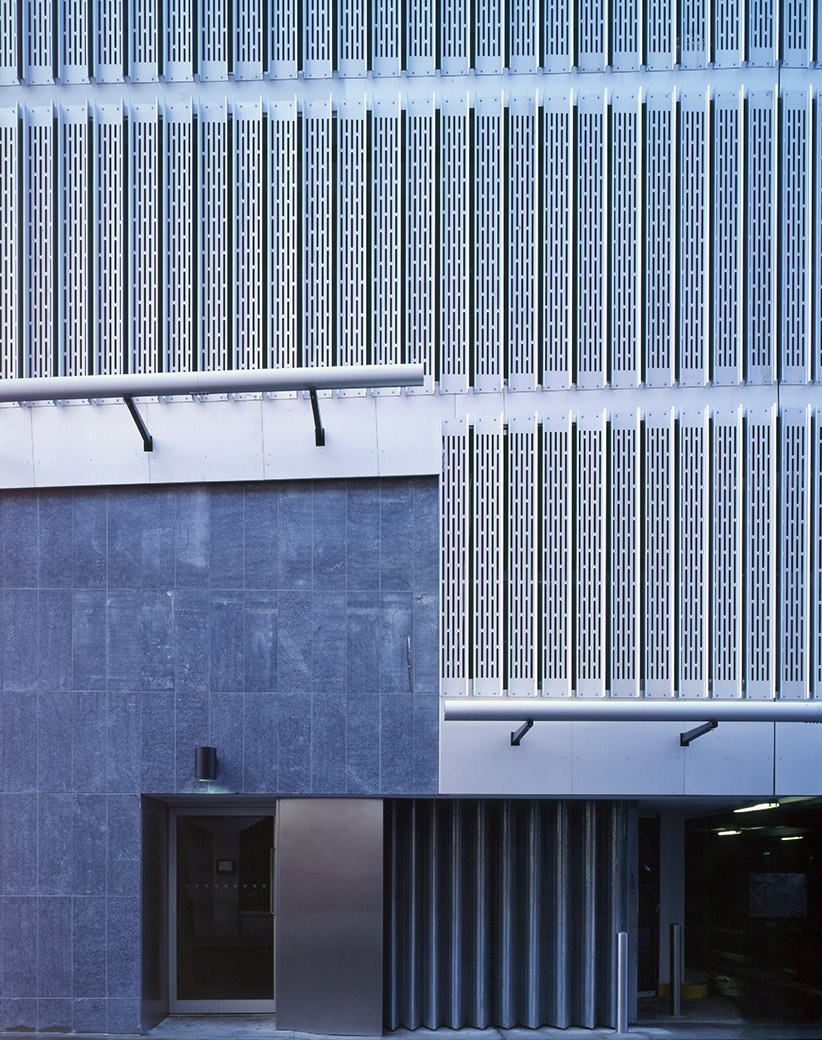 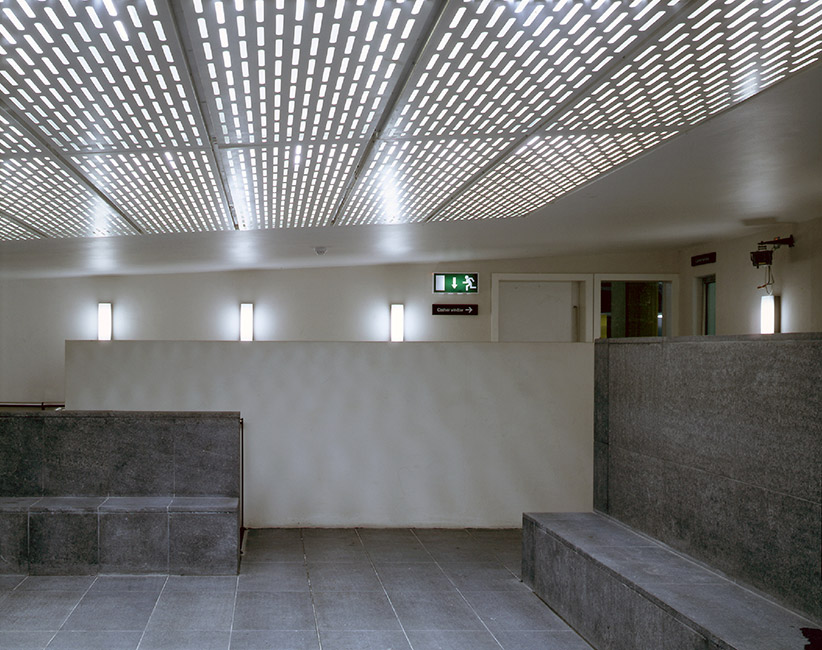 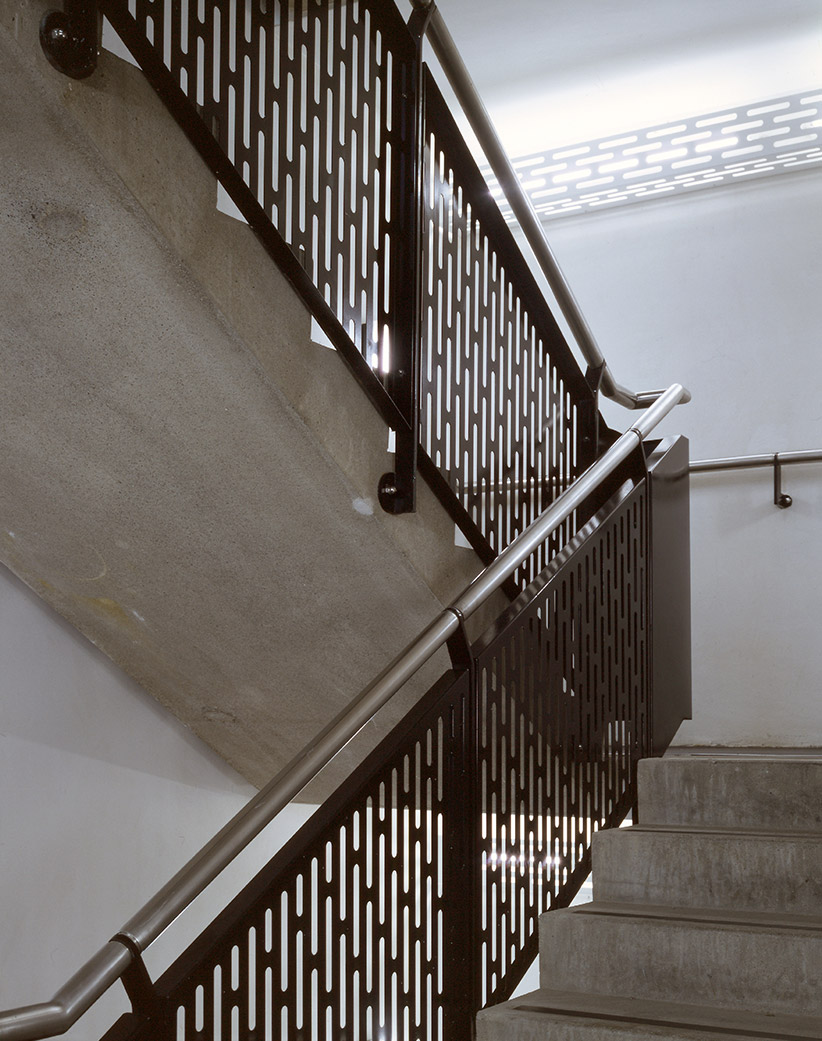 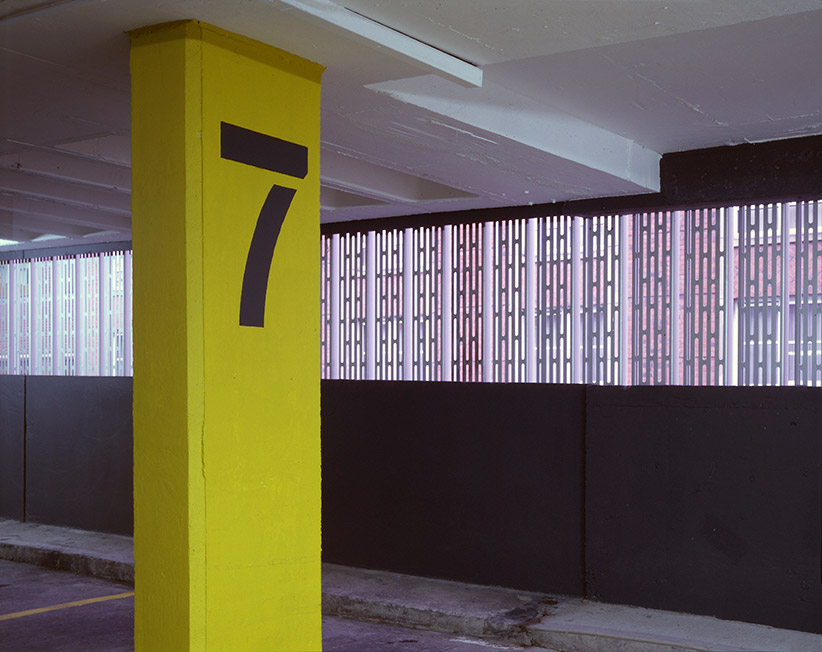