The need to achieve a high density on the site presents an opportunity the re-investigate the spatial possibilities of the suburban street common in the inner suburbs of the 19th century parts of Dublin. There, the absence of front gardens and on-curtilage parking, together with the height of individual dwellings and their arrangement in terraces, combine to create a stronger sense of enclosure to the street than is normal in the outer suburbs. Here, a similar parti was proposed: houses would be arranged in terraces along streets running from east to west across the site. These streets would be 18m wide and would be divided into four zones on either side of a road. These zones would consist of a band of hedges and projecting porches, a footpath, a paved strip containing trees and a zone for parallel parking. The sense of enclosure in the streets would be reinforced by equipping each house with a monopitch roof which would maximise the height of the perimeter walls.

Different house types were proposed to respond to the different conditions along each edge of the site. Terraces of ‘room-in-the-roof’ units would present tall fronts to close the view from a large public space; a row of three-storey units would offer business uses opposite the Neighbourhood Centre; streets would open into small squares which would contain five-storey apartment blocks and three-storey terraces split between one-bedroom apartments and two-bedroom maisonettes. 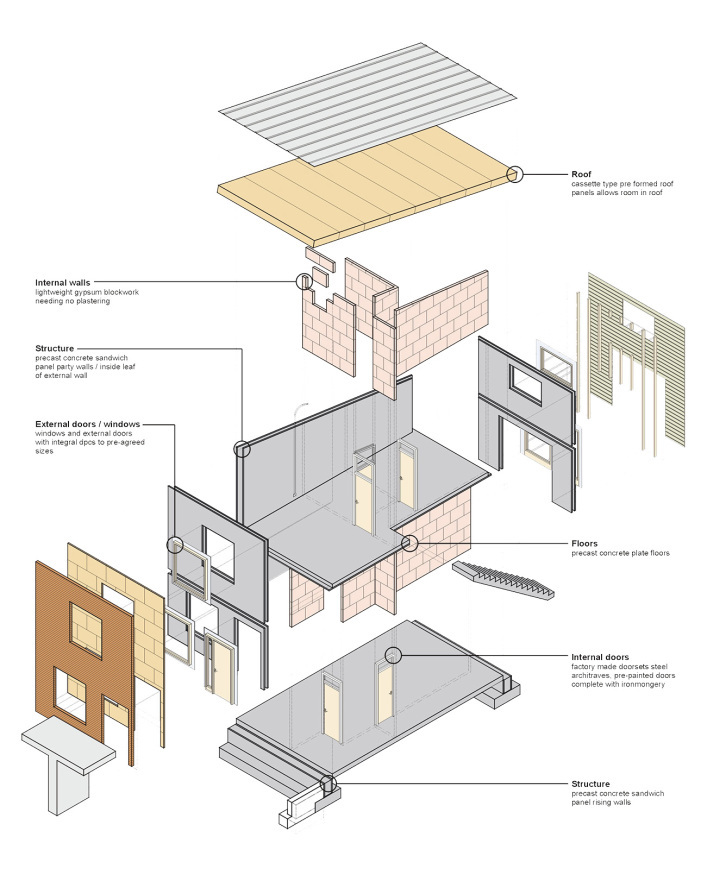